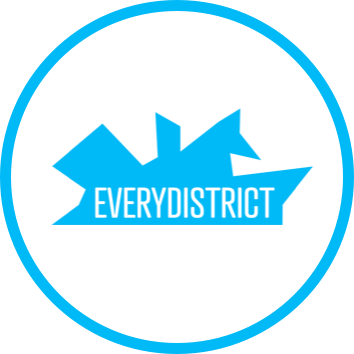 Aims to rebuild the Democratic Party by winning power back at the state level through better data and better approaches to fundraising.

EveryDistrict was formed in early 2017 to rebuild the Democratic Party from the states up.

In 2018, we expanded this data work to all 50 states, giving each of the 7,383 state legislative seats across the country a unique LDI score. This nationwide view supported a highly targeted investment strategy, where EveryDistrict focused our efforts on the state legislative districts necessary to win to flip chambers. We also knew this tool could help others. EveryDistrict developed the first ever public nationwide competitiveness map of state legislative districts to help you identify, and organize in, the best places to make change in your local community. You can see the map here and learn more about the LDI here.

EveryDistrict’s second major activity in support of our mission involves endorsing strong candidates running in competitive districts and providing those candidates with direct financial support. Over the past three cycles, EveryDistrict has endorsed over 100 candidates across seven states: Arizona, Florida, Michigan, Mississippi, Ohio, Pennsylvania, and Virginia. Our financial support has helped to elect 48 new state legislators.

Why is fundraising so important? Because it’s the key difference between a winning and losing campaign. In 2017 and 2019, Democratic state legislative candidates running in flippable districts in Virginia raised similar amounts to – and sometimes more than – their Republican opponents. This investment paid off when Democrats flipped the legislature blue in 2019.